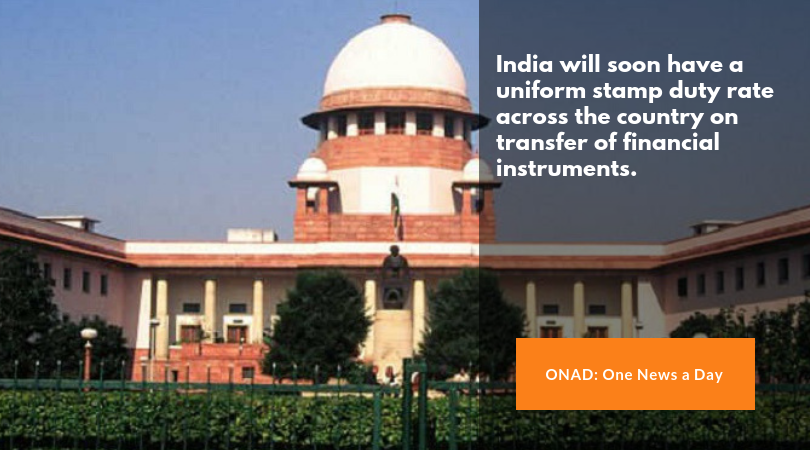 India will soon have a uniform stamp duty rate across the country on transfer of financial instruments such as debentures and stocks, a key reform that will increase the ease of doing business.

Last year India got a nationwide goods and services tax (GST) regime that subsumed various state and central levies. The Centre and the states have finalised changes to be made to the outdated stamp duty Act that’s more than a century old, a top government official told ET.

Stamp duty, usually levied on documents and some transactions such as buying and selling of land, has been left out of GST. Parliament has the powers to prescribe stamp duty rates on instruments such as bills of exchange, cheques, promissory notes, bills of lading, letters of credit, insurance policies, transfer of shares, debentures and proxies. In the case of other instruments, the power to prescribe rates rests with the states. Source: Economic Times