A Blockchain solution for India’s water woes | May 14 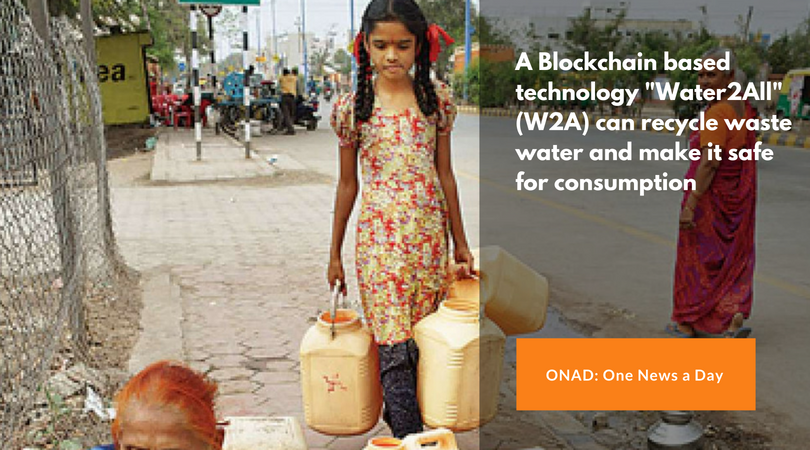 Subharansh Rai, an Advisor to Aquaoin INC, said that there are a group of entrepreneurs in India who have come up with a block-chain based technology “Water2All”(W2A) that can recycle waste water and make it safe for human consumption.

Aquaoin has announced plans to come out with an Initial Coin Offering (ICO) that it says will generate the required funding for creating these ready-to-use machines. Aquaoin has the required Ethereum-based Blockchain technology and machine to produce drinking water as per World Health Organisation (WHO) standards and its self-contained, independent and automatic.

So, two important things for you to consider here. One, if successful this might just help solve India’s water woes, which is good for everyone since drinking water is the penultimate source of life. And secondly, and more interestingly, the penetration of Blockchain technology is still not relevant enough in India. Which means that if this becomes successful, more use cases of blockchain are going to come up. Which is good, since blockchain is the future of technology. So, yay!