Markets in January 2019 and Predictions for February 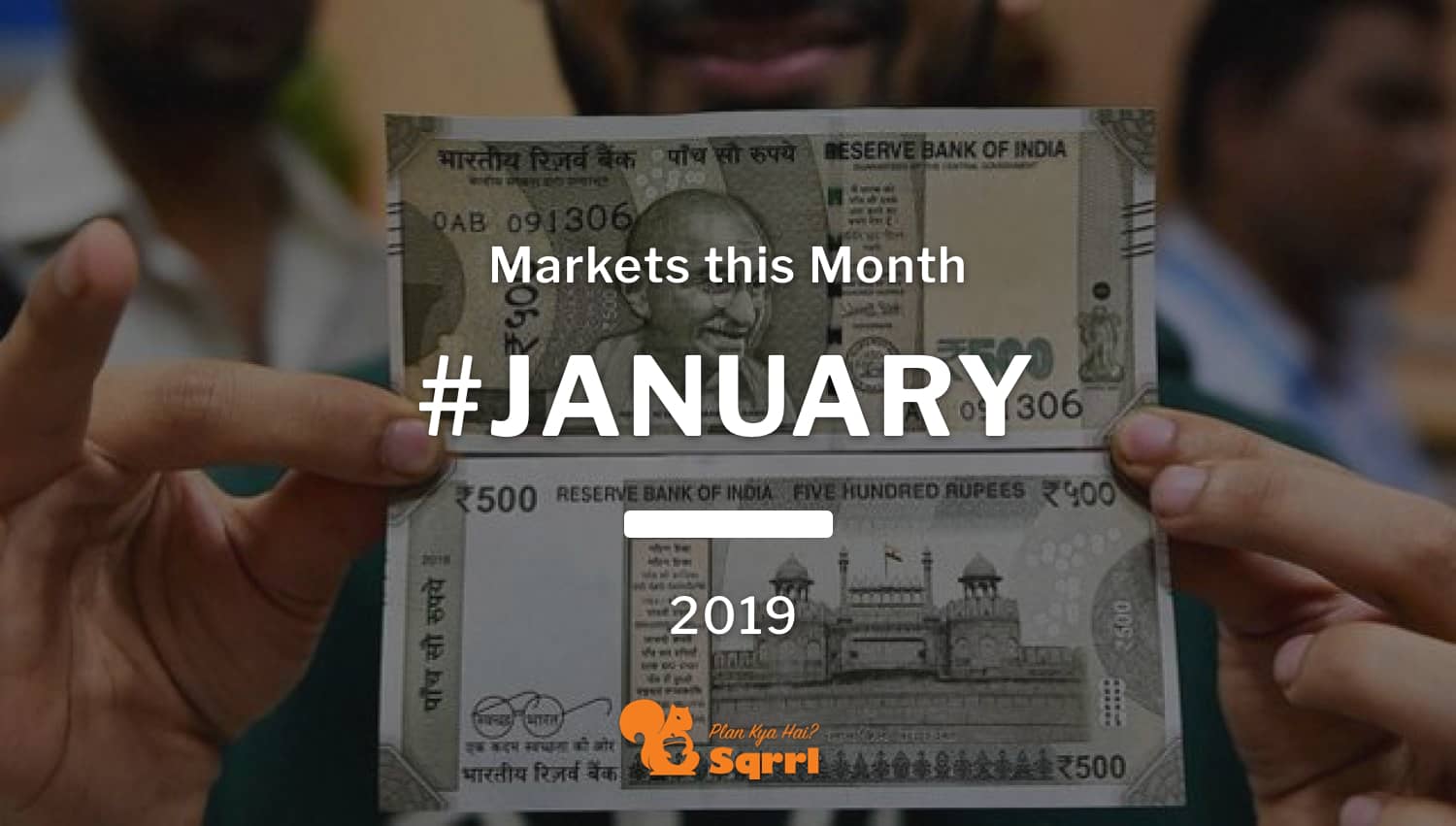 Monthly snapshot at a Glance

Indian equity indices started 2019 on a positive note on Tuesday – the 1st of Jan, led by gains in financial stocks and upbeat cues from the US. A decline in global equities was witnessed after a revenue warning from tech-giant Apple fueled fears of slowing global demand. The market remained primarily range bound as the month progressed.

After mid-month, the market was mainly affected by renewed jitters over global growth. Stock-specific selling was witnessed due to muted quarterly earnings that dented investors’ sentiments. Selling pressure was witnessed in automobile and power counters during the third week of the month. However, strong earnings from index heavyweights helped support the overall market. Also, buying interest in oil & gas and healthcare firms chipped off some losses.

In the last week of the month, the market managed to recoup previous week’s losses as sentiments were boosted by an expected positive move to be announced in the interim budget. Also, the short covering on expiry of January series futures and options (F&O) contracts supported the market. Some weekly gains, though, were trimmed on uncertainties surrounding the US-China trade tiff and a pullback in shares of metal and oil & gas firms. Some of the other developments are highlighted as under:

Things to watch out for, in February 2019 and its impact