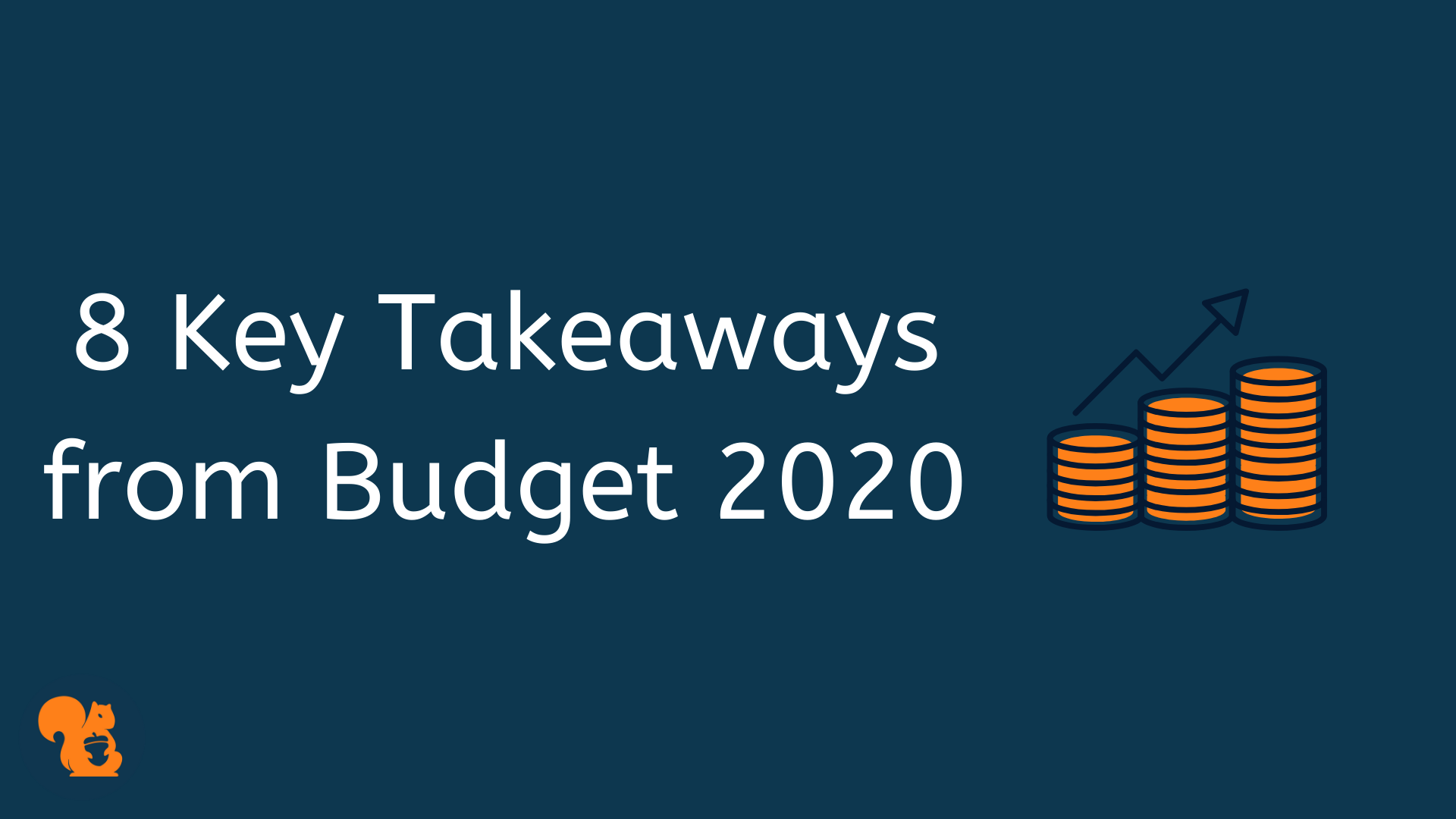 Everyone was on the edge of their seats, eyes stuck on the Television screen as our Finance Minister announced the budget for 2020, this Saturday. Honourable FM, Mrs. Nirmala Sitharaman delivered a 159 minutes long speech in the parliament. The speech, while being the longest union budget speech in many years, could not reach completion when Sitharaman addressed the speaker of the Lok Sabha and said, “There are only two more pages. Sir, I think I will lay the rest of the pages”. While the budget was labelled as conservative for the most part of it, the government did take some measures in order to restore the dwindling growth.

From introducing a new optional income tax slab list, to boosting infrastructure by increasing spending in that sector, this budget was full of surprises (or shocks?). Let’s have a look at the budget highlights of this year:

Among all the budget highlights, the one that was talked about the most was this one. A new list with optional income tax slab rates has been introduced in this budget. This new slab rate list is an add-on to the already existing one, providing the user with a choice to pick between the recent list or the older one. The catch here is that if a user chooses to use the new slab rates while calculating income tax next year, he will have to give up all other income tax deductions. This includes exemptions under: HRA, Standard deductions,Section 80C,Section 80D, Section 80G, Section 80CCD(1B), Section 80E, Section 80TTA and 80TTB, Section 80EEA AND EEB, Section 24B etc.

In her first budget, in July 2019, Sitharaman had sought to limit the fiscal deficit to 3.3% of GDP. The current rate of 3.8% shows that the target deficit was missed by 0.5%. The economic survey made on 31st January shows that the finance minister projected growth for financial year 2021 at 6% to 6.5%. This is lower compared to  an earlier projection of 7%, made by the chief economic advisor KV Subramanian in July 2019. The pre-budget survey retained the growth rate for the current fiscal at 5%.

The budget for 2020 promises to raise the credit availability for the farmers to 15 lakh crores. In her speech Sitharaman said, “Our government is committed to the goal of doubling farmers’ income by 2022”. In order for farming to be competitive, farm markets need to be liberalised. The government announced a total budget of 2.83 lakh crores for the agricultural sector and allied activities in 2020-21. In addition to this, the budget talks about expanding the PM-KUSUM scheme to help 20 lakh farmers set up standalone solar firms. A Kisan Rail would be set up under Indian Railways through public private partnerships. This in addition to, Kisan Udan scheme (on both national and international routes) will be beneficial for farmers. She also proposed to increase the milk processing capacity from 53.5 million metric tonnes to 108 million metric tonnes by 2025.

Dividend Distribution Tax being chopped off for the MF companies is another one of the major budget highlights. Now, it will be paid only by the investors at the applicable rates. As per Sitharaman, this step will help in raising the Foreign Direct Investment in Indian markets. This scraping of the DDT will result in the loss of revenue of Rs.250 billions. The companies were required to pay taxes on dividend at the rate of 15% which after surcharge and cess resulted in an effective rate of 20.56%. Such high tax rates were a put off for most foregin based companies. According to Sitharaman, the current bold move,“will further make India an attractive destination for investment”.

The cover on Bank deposit insurance was raised from Rs.1 lakh to Rs.5 lakhs. As of now in accordance with the RBI guidelines, deposits with all commercial banks and cooperative banks are insured under the Deposit Insurance and Credit Guarantee Corporation (DICGC). The current cover of Rs.1 lakh was revoked after the recent PMC bank incident. This change means that a person will now be able to get upto Rs.5 lakhs in case of bank failure or bankruptcy. It is to be noted that this amount (upto Rs.5 lakhs) will be inclusive of both the principal and interest amount.

In accordance with the 3 themes (aspiration, development and compassion) of the budget 2020-21, the education sector will be allocated with the budget of Rs.99,300 crores. This in addition to the aim of increasing the foreign direct investment in the education sector will result in unprecedented growth of the education sector of India. By 2030, India will have the largest population of working people and the government aims to provide them with greater employment opportunities. In the end, the budget proposed to introduce an Indo-SAT exam with the aim of giving education opportunities to Asian and African students seeking admission in India. This will all happen under the “Study in India” scheme.

The government has decided to put their focus on Machine Learning (ML) and Artificial Intelligence (AI). The technological sector has decided to cheer for the budget 2020, because of announcements, including the Rs.8000 crore mission on Quantum Computing, the policy for private sector to build data center parks and the abolition of DDT. The budget also announced Rs 6,000 crore for the Bharatnet programme in 2020-21. It aims to provide fibre to the home connections to one lakh gram panchayats this year.

Sitharaman in her speech announced that this budget is for every woman who wants to stand up for something and wants to be counted. She announced that a task force would be made so as to decide the marriageable age for women in order to lower the maternal mortality ratio. The lower mortality ratio means that women would be better health-wise. Sitharaman went on to say, “Women’s age of marriage was increased from 15 years to 18 years in 1978 by amending erstwhile Sharda Act of 1929” and now further steps will be taken so that women can pursue higher educational careers. Women self- help groups can have MUDRA assistance so as to start with their own ventures and female beekeepers would be provided with incentive.

This concludes the list of all the budget highlights of 2020. Hopefully, the state of the Indian Economy will get better after all the promises made by the FM this year.