What is Power of Compounding in Mutual Funds? (take your best guess!) 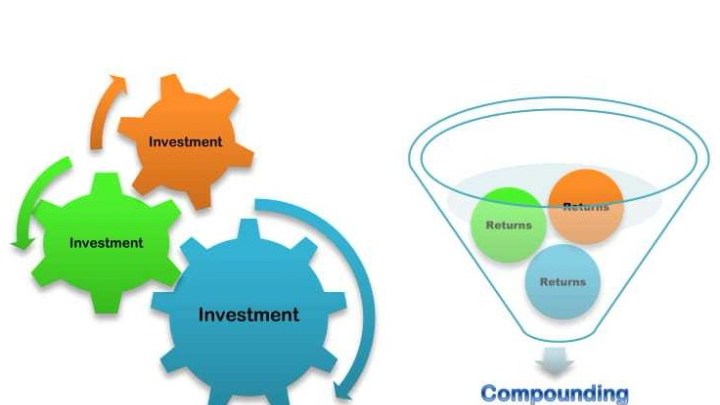 “Time is your friend, impulse is your enemy. Take advantage of compound interest and don’t be captivated by the siren song of the market” – Warren Buffet (CEO of Berkshire Hathaway)

COMPOUNDING – a word you must have heard hundreds of times (No, we are not exaggerating!) But how many times have you stopped to think what it actually means?

So, What Exactly is Compounding & What Role does it Play in our Lives?

The word compounding, in simple terms, means intensifying or heightening. In the financial sphere, it is the process through which there is an exponential increase in your investment over a longer period of time due to earning interest on both the “principal” amount as well as the accumulated interest. 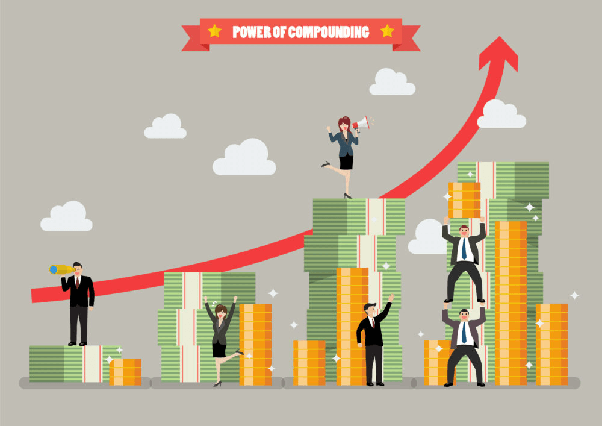 Putting it another way, it is the technique of letting your money make you money, even when you are sleeping.

Often called the Eighth wonder of the world (Hello there, Mr. Einstein!) the power of compounding is the bedrock of mutual fund investments. Let us tell you an interesting story (We promise you it will not be boring!)

Once upon a time there was an entrepreneur who bought his first stock in 1941 when he was 11, earned $175 a month during his teenage at that time (which was by the way, a hell lot of money then) and ended up becoming the CEO of Berkshire Hathaway, the American Multinational conglomerate holding company.

Yes folks, we are talking about none other than Mr. Warren Buffet – Currently the fourth richest man in the world (Wowwzaaaa!).

Buffet has been an inspiration for millions of investors and budding entrepreneurs alike. His eccentricity, his business style, his hard work and his shrewdness – all these qualities have made people fondly refer to him as “Oracle of Omaha” (the investment community very closely follows his investment picks and his comments on the markets and he lives and works in Omaha).

Now, you must be thinking why are we going on and on about this Buffet fellow. To answer that, we will give you a very simple, one word reply. COMPOUNDING!

If all of Warren Buffet’s financial advice is to be summed up in one word, it would definitely be Compounding. He loves to write letters, using his typical style and wit and humorously weaves up stories in order to explain the importance of compound interest.

In one of his famous letters written in 1962, he explains how Queen Isabella of Spain sponsored Christopher Columbus’ voyage in 1492 to find a “new world” at a cost around $30,000. Buffet says that it was a poor investment as Spain had nothing to show for it except the psychic value of discovering a new world. Had that money be invested at 4% compounded annually would have amounted to almost US $2 trillion by 1962.

The power of compounding is literally the divine response to all your financial questions.

So in order to give you more sense about it, let’s now have a look at,

What is Compounding in Mutual funds?

Suppose person A invested in a mutual fund when its NAV was Rs. 20. Now the NAV goes up by 25%. In that case, the New NAV will be 25. Next the  markets go up by 20% again. Now the new NAV will be Rs. 30 which is 20% above Rs 25. If there were no compounding than the return would be 20% over Rs 20 which was an original investment. This continuous compounding is an exclusive instrument in Equity schemes.

There is a flipside to compounding as well.

The markets can drop too, which can result in loss but the good news is that the historical trends show that the market moves only in an upward direction over a longer period of time. So, this is the main benefit of compounding in Mutual Funds for you.

The power of compounding works only because of one factor. The factor is “Time”. Time does wonders to your money.

As a kid, we study in maths how the power of multiplication is always greater than the power of addition. This concept is at work here. In the case of compounding, your money multiplies over a long period of time as opposed to getting simply added.

Considering the power of compounding is dependent on “Time”, the earlier you invest in the market, the better results you will get. It is like the secret ingredient in the recipe of getting rich.

There is nothing good about “Getting rich quick” schemes. They are all a sham. You have to understand that it is only through continuous efforts in the right direction over a long period of time that you will create wealth for yourself. No shortcuts work folks, Sorry!

In a nutshell, the power of compounding is just like a cosmic force working for you in order to make your stars shine. It’s the universe metaphorically working in your favour, just to make you rich (Just imagine!) provided you are willing to give it your energy and your (oh so precious!) time.

May the investing gods be with you!