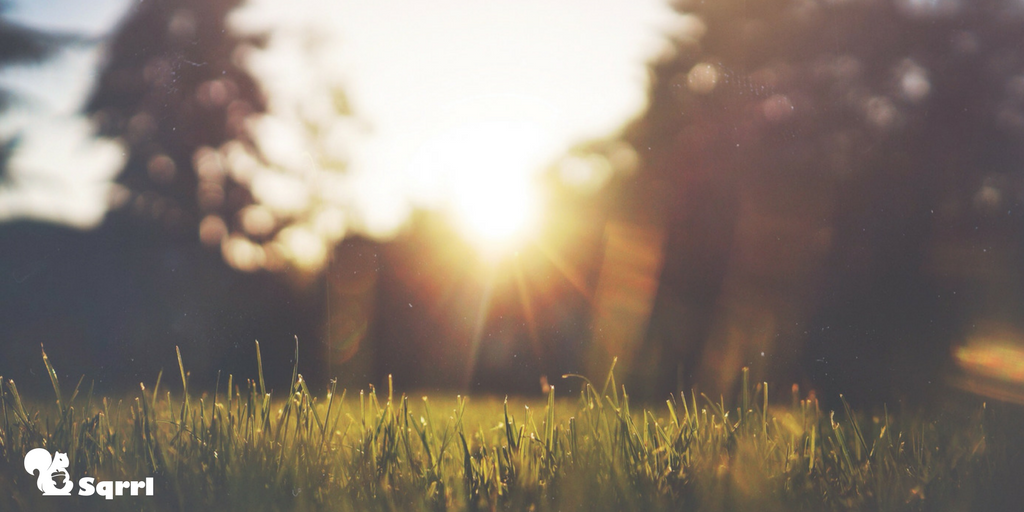 For someone living in Delhi, the season of Summer is like the worst nightmare. The weathermen have already predicted above normal temperatures across the country this season. The northwest region of the country is said to be the one worst affected by it all. But don’t you worry Delhiites, while you brace for a warmer Summer, Dilwalon ki Dilli has a lot of hill stations located nearby to grant you a chilling vacation and appease the traveler in you.

The season of Summer is upon us and the first thing that crosses our mind is the unbearable heat that it brings along. The weather gets warmer, the days are longer and you feel a continuous spike in temperature. The only relief comes in the form of mangoes, rightly called ‘the king of fruits’.

At Sqrrl, we believe in dreams and not just that, we believe that every dream should come true. We’re hell-bent on helping you realize this small dream of spending a cool week this summer. By saving just Rs 500/week on Sqrrl, you can save enough for your summer holiday. The best part, the monies that you put aside are put to work and generate anywhere between 6-8% returns, effectively making your trip discounted!!

Get your backpacks ready as we list down the 5 best places to visit near Delhi to overcome the most dreaded season of the year.

Located at a distance of around 480 km from New Delhi, Dharamshala meaning ‘spiritual dwelling’ is the second winter capital of the Indian state of Himachal Pradesh. It’s also famously known as the city of His Holiness Dalai Lama. Snow clad peaks, lush mountains and the enigmatic beauty of conifer and oak trees makes this hill station a scenic beauty.

The best places to visit in Dharamshala are McLeod Ganj, Kangra Valley, and Dharamkot. Apart from visiting these places, one can indulge in some fun activities like Cycling, Horse riding, Trekking, and Sightseeing.

A typical 5 day 4 nights of Dharamshala tour would cost you around 12,000 per adult including bus travel from Delhi and back, hotel stay and meals for the entire duration and a sightseeing tour of the beautiful hill station and it’s rich Tibetan heritage.

Located at a distance of 544 km northeast of Delhi, Manali is a valley nestled in the mountains of Himachal Pradesh. From our list of hill stations, this one is most favored and is overwhelmed with tourists all year around. Located in the Beas River Valley, Manali is a travelers delight surrounded by high peaks and snow-capped mountains in the lush green valley of the Beas River.

Manali is a boon for the adventure junkie in you. It offers a lot of adventure sports activities like trekking, mountaineering, paragliding, hiking and mountain biking. It is also the best skiing destinations in India. Need I say more?

A typical 3 day 2 nights stay at Manali would cost you around 10,000 per adult including travel expenses by road, food, accommodation, and a sightseeing tour for the entire duration. An additional spending of 5000 would be required to indulge in some of the adventure activities like paragliding, downhill cycle trek, and canyoning.

Mussoorie is a hill station in the Dehradun District of the northern Indian state of Uttarakhand. Situated in the foothills of the Garhwal Himalayan range, Mussoorie is located about 290 km north of New Delhi. Lovingly called as the ‘Queen of Hills’ for its endearing beauty and charm, the pleasant weather of this hill station makes it one of the most sought after honeymooning destination, not just for Delhiites, but for the entire country.

Enamored by the beauty of the majestic Doon valley, Mussoorie was established in the Himalaya foothills by a British Army officer in 1823. Till date, one can get a sense of the rich British era through the architecture of its hotels, churches, libraries and summer palaces.

Some of the best places to visit while traveling in Mussoorie are Camel’s Back Road, Lal Tibba, Company Garden, Cloud’s end, Kempty Falls and Gun Hill. One can also indulge in leisure activities like Nature Walks, Bird Watching, Trekking, Boating, and Waterfall touring.

A flight trip from New Delhi to Dehradun and return would cost you around Rs. 4000 per person and a 4 Days 4 Nights Dehradun Mussoorie Tour package would cost around Rs 11000 per adult.

Commonly known as the ‘Lake District of India’, Nainital is a popular hill station in the Indian State of Uttarakhand. It’s the headquarters of Nainital district in the Kumaon foothills of the outer Himalayas. Located at a distance of 280 km from Delhi, Nainital is known for its pleasant climate, picturesque hills and beautiful lakes.

Nainital has a major mythological significance and hence is considered holy for the Hindus. It is believed that the Naini Lake is one of the 64 Shakti Peeths or religious sites where parts of the charred body of Sati (Parvati) fell on earth while being carried by Lord Shiva. The spot where Sati’s eyes (or Nain) fell, came to be called Nain-tal or lake of the eye. The goddess Shakti is worshiped at the Naina Devi Temple, known by locals as Naini Mata Temple on the north shore of the present day lake.

Apart from visiting the temples, some of the major attractions of this hill station are Snow View, the Cave Garden, Naina Peak and Tibetan markets. Travelers can also discover their adventurous self by indulging in some Rock Climbing, Wildlife Tours, Cable Car Rides, and Trekking.

A 2 night 3 days trip to Nainital would cost you around 15,000 per adult including pick and drop facility from New Delhi, food, and accommodation for the entire trip and leisure activities like sightseeing and trekking.

Naukuchiatal or ‘lake of nine corners’ is one of the lesser known hill stations near Delhi. It’s a small hill station located in Nainital district of the Indian state of Uttarakhand. The lake is 175 feet deep and is situated at 1220 Mts above sea level.

Located around 315 km from Delhi, Naukuchiatal is the deepest of all the lakes in the Nainital region. Surrounded by lush green forests from all sides, it’s the true epitome of Flora and Fauna. One of the things that make Naukuchiatal special in our list is that it is fed by an underground perennial spring and boasts of a walking track around the lake. Imagine taking long morning strolls amidst breathtaking atmosphere and visuals.

Naukuchiatal is within an enchanting valley offering an opportunity of angling and bird watching. This beautiful locale offers your adventurous soul with the tempting activities like paragliding, fishing, rowing, paddling or yachting.

Naukuchiatal is also famous for the ‘escape festival’ which happens once every year (in the month of may). What more can one ask for? So get packing and travel to one of the finest getaways from Delhi.

A 2 days 1-night stay at a high-end resort overlooking the Naukuchiatal lake would cost you around 4000 per couple including food and accommodation. One can either extend their Nainital trip and spend some time near this sprawling lake or take a road trip from New Delhi itself.

“If travel is like love, it is, in the end, mostly because it’s a heightened state of awareness, in which we are mindful, receptive, undimmed by familiarity and ready to be transformed. That is why the best trips, like the best love stories, never really end.”

Such beautiful places to chill this summer, right? On this inspiring note, we urge you to stop thinking and start saving, effortlessly 🙂