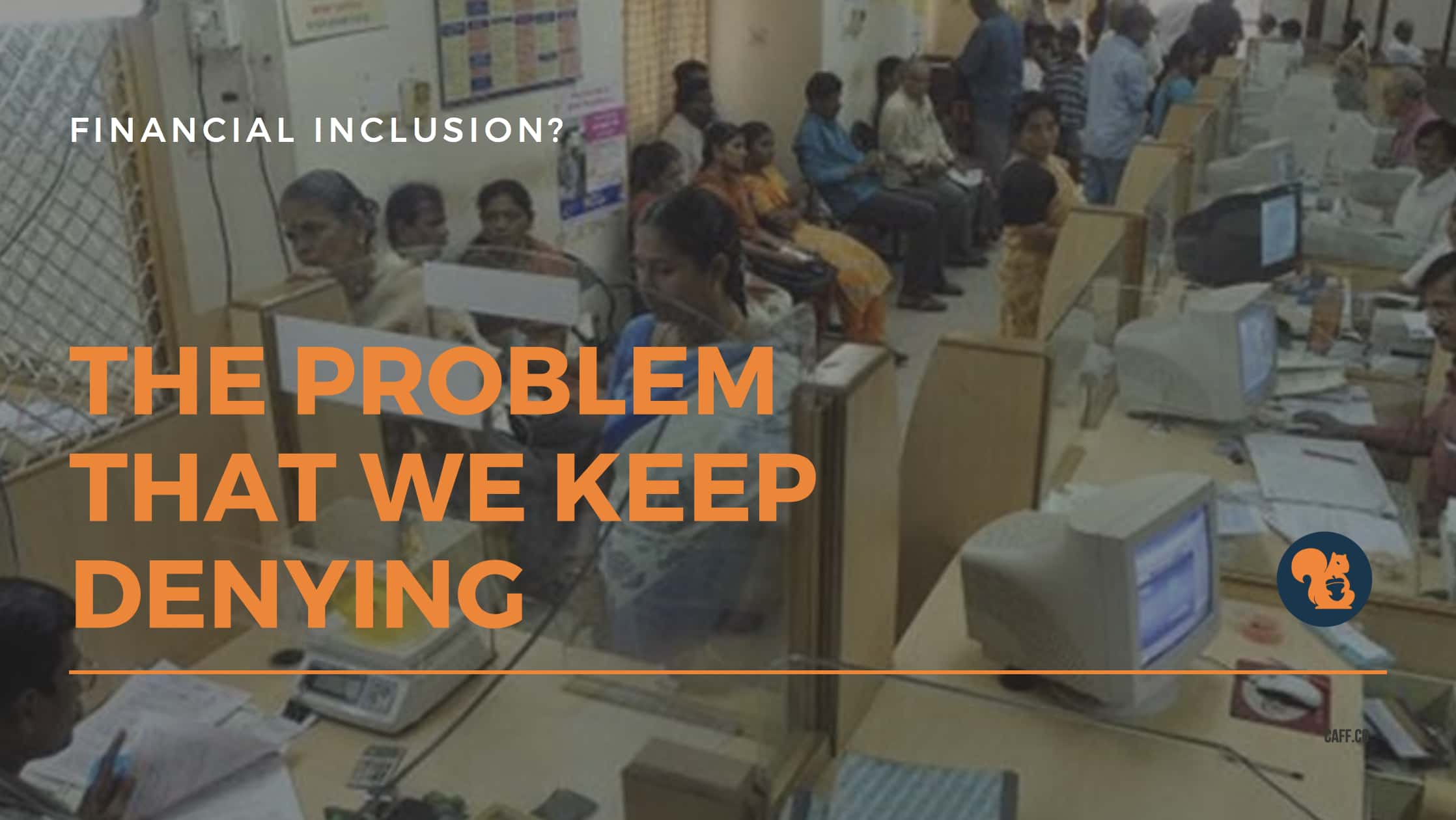 The government, last year, launched the JAM trinity – including Jan Dhan Yojana, Aadhaar, and mobile banking as the path to financial inclusion. But are our Indian banks capable or may be willing to take on this massive and ambitious project of the government sincerely? Are our banks well equipped to deal with individuals from all walks of life? Are the banks capable enough to impact basic financial literacy to its customers?

Well, in this article we seek to highlight some of the major barriers faced by customers with the Indian banking system.

Let us highlight one of the major barriers based on the real experience our customers and/or acquaintance has witnessed one of the four regions of India.

After having entered a commercial banking branch in central Bengaluru on a hot summer day, a normally dressed man in his mid-30s entered and made his way to the front-desk bank officer and requested for an account opening form for the basic current account.

While the officer was busy stacking papers he paid no heed to the request of the man. Upon insisting multiple times, the person was provided with the form. Given the man was not well educated, he hardly understood the form in English and requested the banker’s assistance in filling the form.

However, this doesn’t really mean that people will not want to safeguard the permanence, purity, and pride of their own language that is closely related to their local culture. Globally also, we have seen a similar trend whereby all the French, the Germans, the Italians, the Russians, the Koreans, the Japanese, or even the Chinese among others have taken pride in their own language. Let us see how language has remained a matter of concern for government and other industries.

In India, in most states, the practice was of dual-language – one regional language with English or Hindi. This thing is getting to be a thing of past with Karnataka becoming the pioneer in the adaptability of regional language. The government stance seems to be that an individual can avail benefits provided he/she is well versed in Kannada.

In most of the government organization such as Police Station, filing an FIR is increasingly being done in local language. These moves, we believe, had both positive and negative implications. People in the government started answering in local language even when a non-resident service seeker says his/her grievance. On the flip side, the move has helped the rural areas where people are well versed with local languages thus allowing them to conduct the faster transaction.

Unfortunately, it is the people who suffer all the time and our politicians remained ignorant of the situation. Steps are being taken to ensure that both English and local language are equally used as a communication tool in key places such as banks, police station and the likes. One of the segments that has not received much attention in this category of problem is fintech startups. Particularly the ones engaged in investment decision making.

We believe there’s much to celebrate India’s push for financial inclusion. But meaningful financial inclusion requires more than just a simple account, proof of ID, and a mobile phone. While it starts with individuals of the low-income group, it also translates to people who save a small amount. It also includes flexibility in terms of communication that has been lacking all this while. We, at Sqrrl, have pioneered in the fintech industry to provide investment solutions across multiple languages.

With over one year of operations and sizeable user base coming from different walks of life, we realized, cross-language adaptability is what people look for while making an investment decision. Not only it adds to ease of comfort but also brings in a higher degree of trustworthiness.