55% of millennials Today Experience FOMO Because Of Social Media 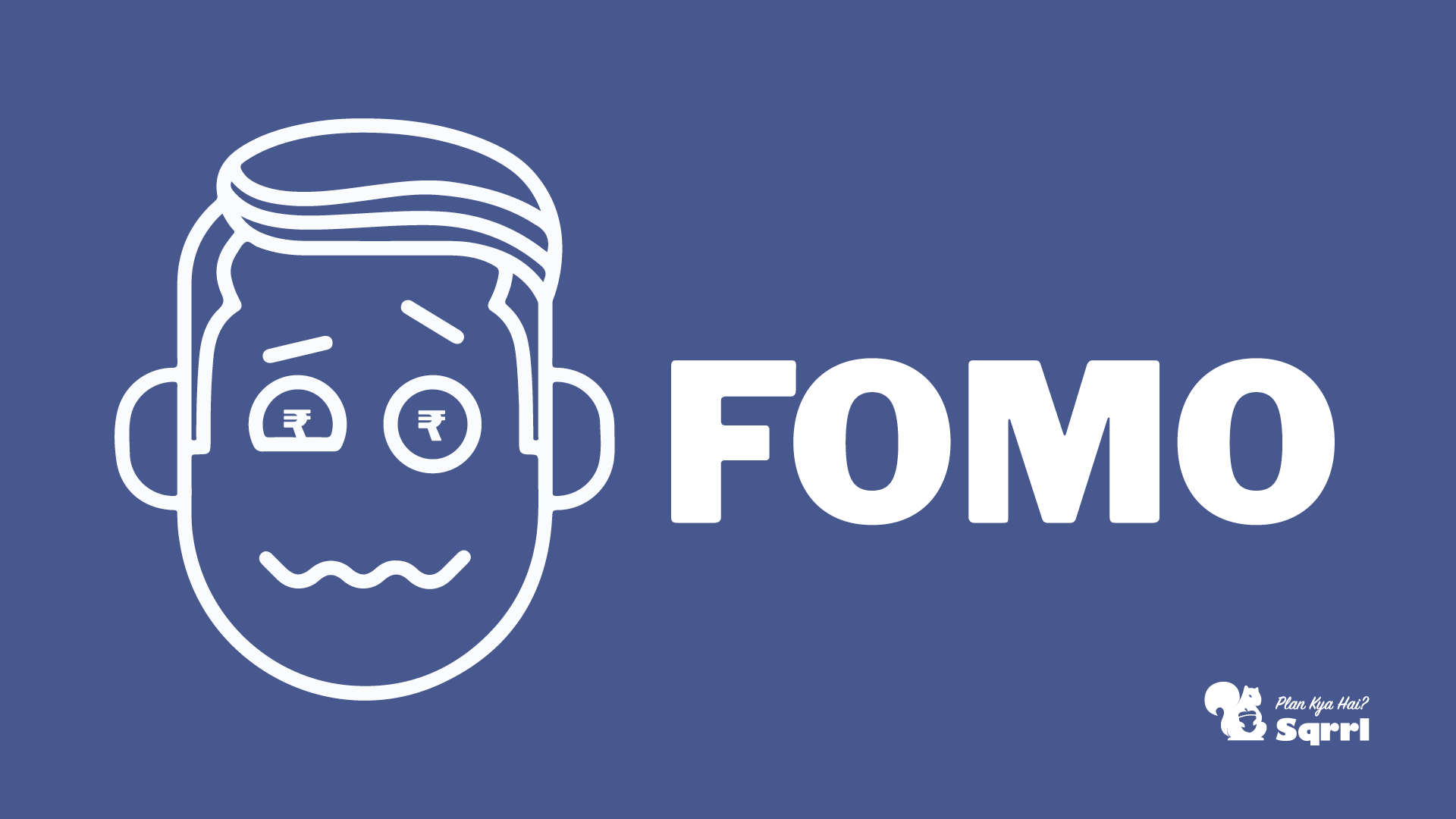 The Fear Of Missing Out, in other words, FOMO, is a thing today. And it can very heavily influence how you save and spend. The fear of social embarrassment and peer pressure is making millennials today spend more than what they can afford. That inability to say NO to your friends for the fear of being left out for a future event makes for too big a compulsion to not only go to swanky places but also spend money on buying sumptuous things.

What is FOMO Spending?

FOMO is real and is the modified version of “Keeping up with the Joneses”.

Because, unlike the hit comedy show, it runs 24/7 and gives you the front row seat to everyone’s life.

This front row view can bring in jealousy, envy and inferiority complex, to which millennials today succumb very easily.

In a recent survey, 55% of the respondents reported experiencing a fear of missing out (FOMO) and 57% said they had spent money they hadn’t planned to because of what they saw on their social media feeds. The vast majority (88%) of millennial respondents also believe social media creates more of a tendency to compare one’s wealth / lifestyle with others. And 61% feel inadequate about their own life and what they have because of social media.

In another study of 1045 U.S. consumers, it was found that nearly 40% of millennials have spent money they didn’t have and gone into debt, just to keep up with their peers. When a friend suggests doing something they can’t afford, 27% of respondents feel uncomfortable saying “no”. And out of the 39% of millennials who’ve gone into debt to keep up with their friends, nearly three-quarters (73%) have kept it a secret.

Also, as much as two thirds of respondents undergo buyer’s remorse after spending more than what they had initially planned to on a social situation they later regret. The situation is that bad!!

How and Why does FOMO come into the picture?

Everyone you know on social media seems to have something that you don’t. Something that they can show off but you cannot. So what do you do? You go and buy that stuff. And that’s even if you don’t have the need to purchase it. Or the means to purchase it. And then something compels you to put your purchasing on your social channels. That something is called Social Validation.

Social Validation and FOMO are two things very intricately linked. And the loop that these two together form can be vicious.

People upload stuffs on social media to get attention and approval from their connections, in the forms of likes, comments and shares. These approvals validate their social activities giving them a feeling of satisfaction and making them feel likeable. The approvers see these activities and validations from others and get a sense that they need to do the same things in order to be likeable. In other words, this creates FOMO in them and they start doing the same things – making the unnecessary purchases, repeating the loop.

Now, the reality, in most cases, isn’t what it looks like!

What your friends post on their social channels, isn’t how they live their lives. The reason they post such stuffs is that they seek social validation from others. Also, the people whom you follow on your social channels, whose purchases influence you, a lot of times are actually following others, in making these purchases. And you end up being the victim to someone else’s social aspirations. There’s a reason why social media websites come with infinite scrolling option. The more content you see, the more likelier you are to show your appreciation for it. This in turn creates the sense that you too need the same thing, to get appreciation from others.

So the best remedy to fight FOMO is limiting your usage of social media. Because, asking yourself to immediately stop getting influenced by all the flashy stuff might be too much to ask and also might not be that easy to follow.

Comparison with peers comes instinctively to us because of the way we’re wired. The number one need for humans is to BELONG and the moment we subconsciously feel that we don’t belong, we start taking efforts to change that situation. In other words, do anything to belong.

What you need to do is give your brains a definite picture that whatever you see on Social Media is all untrue. Is all artificial. The flashes these people showcase on social media are actually sponsored by companies who want to sell their stuffs. So in reality, it’s not actually theirs as well. You need to realise that they’re just getting paid to attract all that attention.

Following are a few of the things you can start doing today to help yourself against getting into FOMO.

At the end of the day, you need to decide what’s more important – what people tell you, you need or you understanding what you really need. And how can you align your finances with these needs.