What is the Wealth Tax exemption limit? All about Wealth Tax 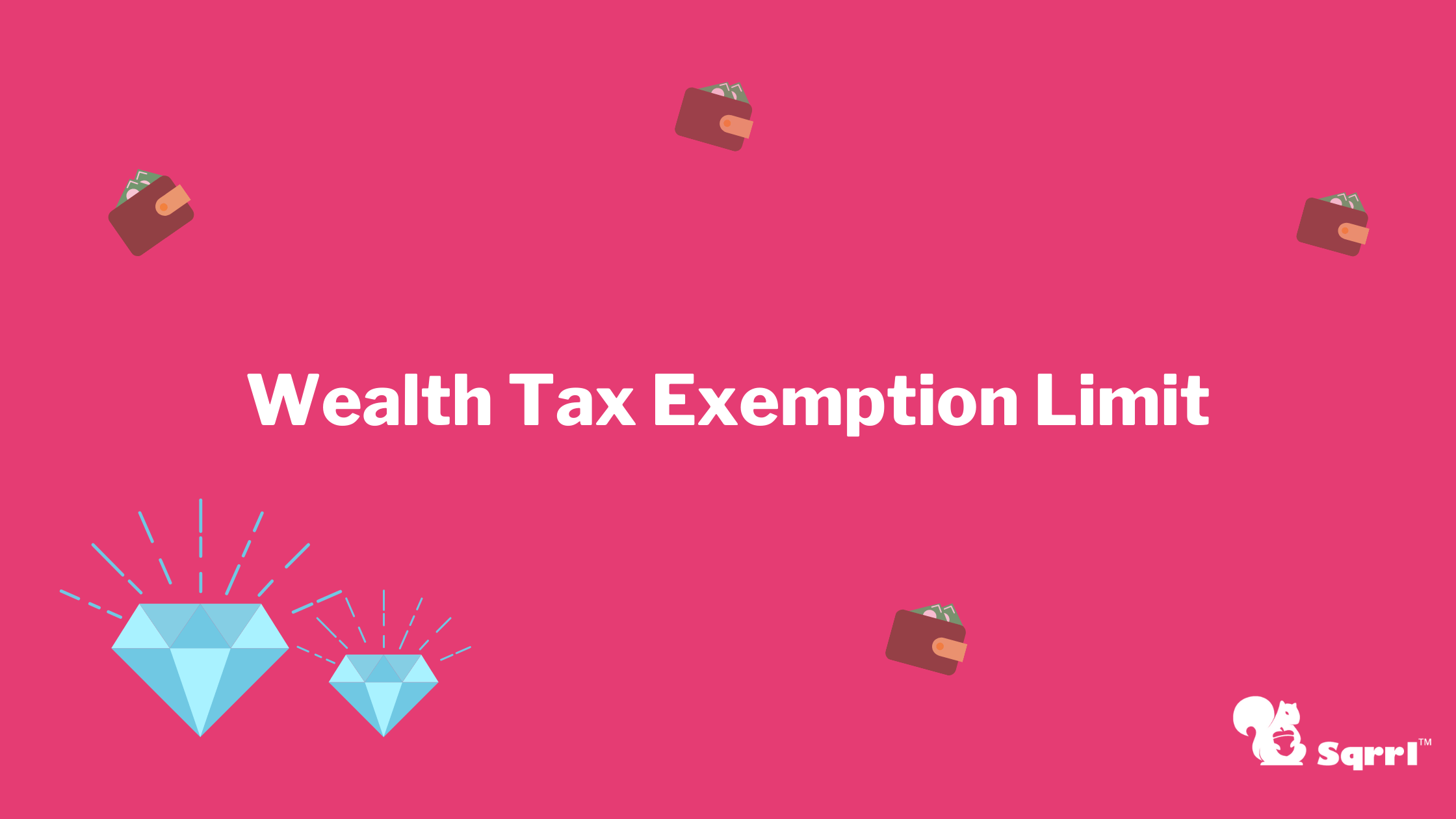 What is Wealth Tax?

In simplest words, wealth Tax is a type of a direct tax charged on the personal assets of an individual. The motivation behind imposing this kind of tax is to bring uniformity between the affluent and not-so-affluent taxpayers. Currently, wealth tax is not applicable in India as it was discontinued in the Union Budget 2015 which came into effect in FY 2015-16.

Under the current tax structure, wealth tax has been replaced by a surcharge. What this means is that, the tax authorities are allowed to apply a surcharge but only on those with higher income. As of AY 2021-22, surcharge on Income Tax between the range of 10-37% (depending on exact income) is applicable to individuals with annual income exceeding Rs. 50 lakh up until Rs. 10 crores.

Who needs to pay Wealth Tax in India?

When is Wealth Tax applicable?

When an individual, HUF or organization has a net wealth of over Rs. 30 lakh (wealth tax exemption limit), then wealth tax at the rate of 1% will be levied on the date of valuation on the amount which is on top of (or exceeds) Rs. 30 lakh as defined by the amendment to the Wealth Tax Act, 1957 introduced in April 2010.

The primary criterion for the applicability of wealth tax is the market value of the net assets of the tax assessee. Any individual, HUF or organization with a net wealth in excess of this threshold limit has to file an Income Tax Return of net wealth and pay wealth tax accordingly. Before its abolition in FY 2015-16, the due date of wealth tax returns was the same as that of income tax returns.

Which assets are exempted from Wealth Tax?

Assets exempted in the computation of wealth tax

What is the Wealth Tax exemption limit?

Individuals, HUFs or organizations that had a net wealth of below Rs. 30 lakh were all exempt from paying wealth tax.

Yes, wealth tax has been abolished in the budget of 2015, effective FY 2015-16. While the intention of charging wealth tax was to bring parity amongst the wealthy and not-so-wealthy taxpayers, it was abolished because the cost incurred for recovering the tax was more than the benefit derived.

What are the benefits of a wealth tax?

The name “wealth tax” itself suggests that the tax is imposed only on the richer section of the society. The primary motivation behind imposing wealth tax is to increase the amount of direct taxes being collected from the rich, in order to reduce inequality in wealth across India. Wealth tax was implemented to ensure a greater contribution by high net worth individuals (HNIs), towards the revenue of the country.

How is wealth tax calculated?