Everything You Ever Wanted to Know About Income Tax 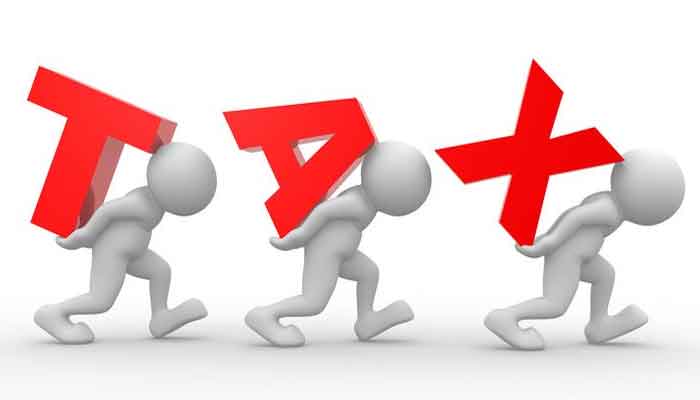 Income tax refers to the tax you pay to the government based on your earnings / income or profit. This is used by the government to develop infrastructure and bring new plans and policies for the citizens of the country.

Tax is that part of your money that gets deducted directly from your salary / income, every month, in the form of Tax Deducted at Source (TDS) and forms a part of direct taxes, along with others such as wealth tax, corporate tax and capital gains tax. This is different from the other category which includes taxes like VAT, GST and the service tax – the one that you pay in restaurants which form a part of indirect taxes.

Income tax is an inevitable imposition on the citizens of the country for their own betterment and development. But before we deep-dive into it, there’s something else equally important to know.

Let’s have a look at the other important aspects of income tax worth knowing for an Indian citizen.

What is the Income Tax Act?

The Income tax Act of 1961 is the section of law that defines clearly how the government of India is supposed to charge its citizens. It enables the government to collect taxes from its citizens, in order to develop infrastructure, policies and other administrative facilities.

Over a period of years, a number of amendments have been made to the act. With the introduction of a new budget plan by the government of India every year in February, various changes are brought in the Income tax act. Thus, the tax slab rates change every year.

Along with that “The Taxation Laws (Second Amendment) Act, 2016” is an amendment Act, No. 48 of 2016, to Income-tax Act, 1961 and The Finance Act, 2016. It was passed during the 2016 Winter Session of Indian Parliament. The Taxation Laws (Second Amendment) Bill, 2016 was passed in Lok Sabha as a money bill on 29 November 2016 urging the citizens of the country to declare their undisclosed incomes after Indian 500 and 1000 rupee note demonetisation.

The Taxation Laws (Second Amendment) Bill, 2016, was brought up in the Lok Sabha during the 2016 Winter Session of Indian Parliament. The bill was introduced on 28 November 2016, by the then Finance Minister of India, Arun Jaitley. The bill was passed by Speaker Sumitra Mahajan, with a voice vote without debate in Lok Sabha. The Government, clarified that gold asset in the form of jewelry of people, were not up for taxation as per the introduced Bill.

What is Income Tax Returns (ITR)?

Income tax return (ITR), is a form used for reporting your gross taxable income from a variety of sources, claiming tax returns and revealing the amount of tax you are liable to pay to the Income Tax Authority of India.

ITR is filed by Individuals who get salaries, firms, Hindu Undivided Families (HUF) and even self-employed Individuals. Moreover, an Income tax Return can be filed online by visiting the website of the Income Tax department – https://incometaxindiaefiling.gov.in/

Taxes that we pay to the government are further subdivided into 2 categories. The first one being Direct Taxes and the second one being Indirect Taxes. Let’s talk in detail about the two:

The different types of direct taxes are :-

In 2017, a combined Goods and Service Tax (GST) was introduced which can be said to be the amalgamation of all other indirect taxes.

How to e-file your Income Tax?

The past few years have witnessed a staggering change in the Income Tax Department of India. With the process of digitisation, the whole process of filing Income Tax Return has become hassle free. The whole procedure has become much more convenient for the users as they can pay their taxes online, track returns and see the history of their payments through online portals available.

Some of the pre-requisites of filing an ITR are:

Steps in the E-filing Process

There are multiple benefits of Income Tax Returns. Some of them are:-

What is Taxable Income?

In simple language, your taxable income is the portion of your income that you are liable to pay tax for. It is generally described as the Gross Income that comes under the Income tax slab after removing all exemptions and tax reductions.

Last but not the least, taxable income also includes earnings from appreciated assets that have been capitalised during the year and interest and dividend incomes too.

Individuals in India are taxed on the basis of their Income as prescribed in the Income Tax slab. The budget that is introduced in every financial year gives you information about the latest Income Tax slab and charges. The Individual taxpayers are majorly divided into 3 categories as per their age.

The three categories are –

Here’s everything you would want to know about Income Tax slabs 2019-20. NRIs are also supposed to pay a certain amount of tax in India. As per FEMA (Foreign Exchange Management Act), an individual is only considered an NRI if he/she spends a certain number of years abroad and subsequently a comparative period of absence in India.

The income earned by an NRI abroad is exempted from Income Tax deductions in India naturally. However, if income is earned through Indian sources including Mutual funds, capital gains, term deposits and exceeds a certain base limit then NRIs are as much liable to pay tax as any other Indian citizen.

It is important to understand that the rules for taxation of NRIs vary considerably as compared to the rules for Indian citizens. However, the Indian law ensures justice as Income Tax Act,1961, works uniformly to cover both whenever they are charged under it.

ELSS and ULIP are two great tax saving options. ELSS offers a good 3 year lock-in period while ULIP gives you a minimum 5 year lock-in. Both of them are excellent tax saving choices.

Here’s a complete guide to taxation in mutual funds, in case you’d want to know more about it.