Investing in your early-20s isn’t really about investing. Surprised? 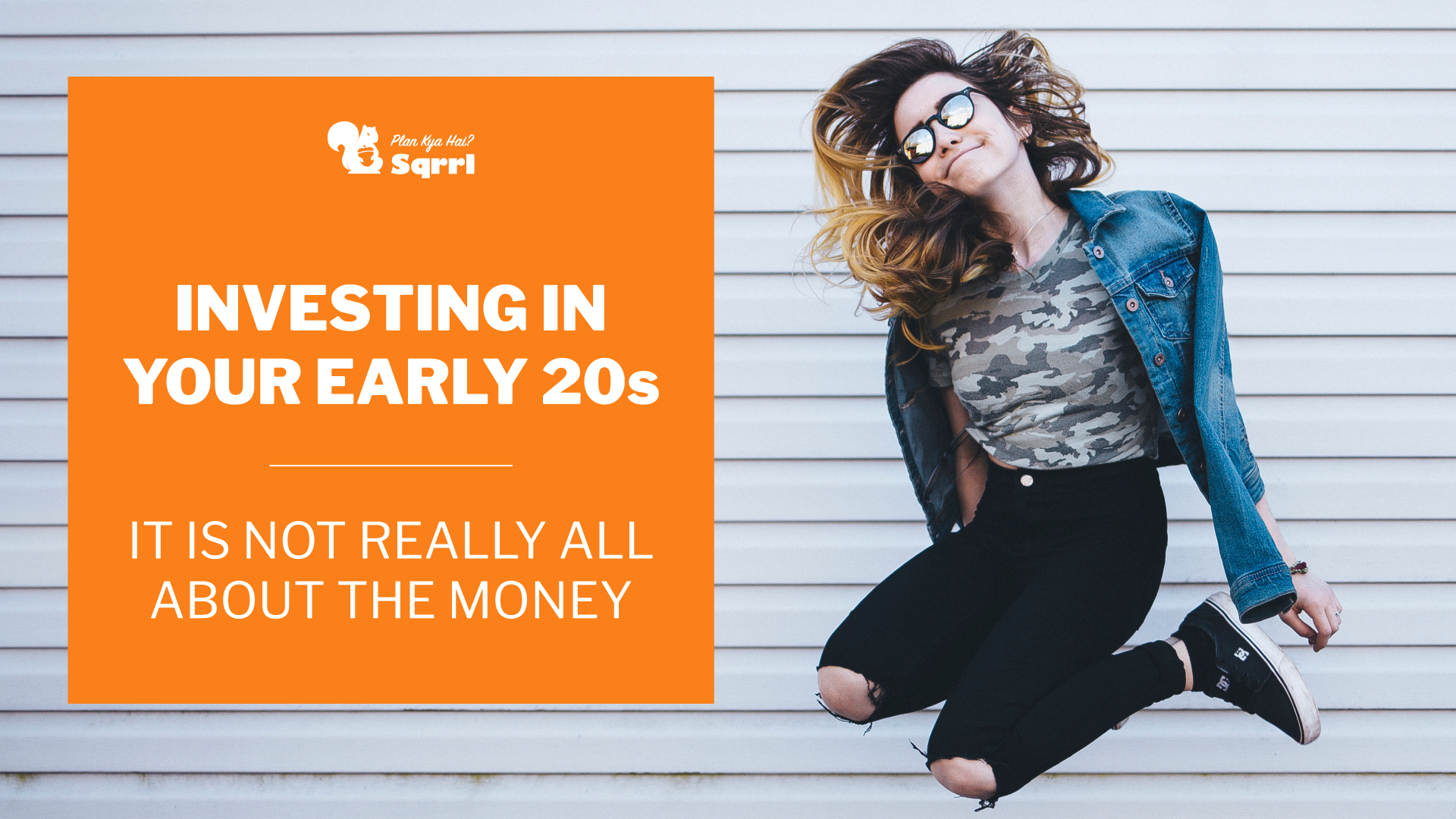 I’ve a childhood friend who’s a Senior Manager, at one of the top Indian MNCs today. Now, this guy, in his early 20s, was a know-it-all types. He had skills for a good number of things – basic plumbing, interior painting, bike maintenance, building PCs, and what not. And most of his weekends he’d spend his time helping the neighbours with these small, mostly insignificant stuffs, and in return, would charge some money, easily making, on an average, 5K every month (20 years back it was a big amount).

Now, it’s not that he was poor or something. But he was a sort of DIY guy and used the extra time to monetise his skills. And with that money he’d buy stuffs for himself and spend the remaining on travelling.

I met him a few years back and while having usual conversations, when I asked him about his freelance business, he mentioned something very startling.

He said that had he invested even a part of that “freelance” money, he’d have literally been a billionaire today. But then I asked him, “you’re pretty well-off even today, so why the regret?”

Then he told me,

It’s not about whether I’m making good money today or not, it’s about a chance missed because of lack of knowledge. He then jokingly said that who doesn’t like more money and there was a legitimate means for that but I missed it!!

Coming back to your question, while it’s great that you’ve thought of foraying into the stock market at a young age of your early-20s, I’d advice you to not think about investing just yet. Usually, the problem lies with Saving & not necessarily with investing. Which, a lot of people realize only at a later time, as you saw in the case of my friend.

Now, to aid your saving cause, there’re a lot of well-known and scientifically proven methods. Some pretty unknown as well. But today, I’m just gonna give you 3 non-traditional ways to save money.

While taking the time out to shop for coupons and cashbacks does help save money, you need to realise that it’s still a very small amount. Being able to save 5% on a 10,000 bill and 5% on a Rs 100 bill, aren’t the same. So, in order to make a big change in how you save and spend money, you should spend more time in getting best deals in bigger purchases, say, when you purchase a car.

Because your one saving here will easily surpass the multiple savings you’ll do on smaller purchases.

Moreover, the time you spend to get multiple smaller deals, a fraction of it can be spent on getting one bigger deal and you’ll save some precious productive hours as well.

While shopping, there’re often things that make you feel, “it’s love at first sight”. But just wait here! Don’t go for the purchase just yet. Save it for later. Bookmark it. Sleep on it. Do anything, but don’t make the purchase now.

You need to come back later – a week, 15 days or maybe a month later. And when you do that ask yourself how badly you still feel connected to that product.

More often than not, you’ll feel that the urge has gone down and as a result of it, you’ll end up saving precious money. Photo by Ales Nesetril on Unsplash

This feeling that you’ve money, when actually you don’t, is what makes Credit cards the enemy of your finances. Listen to your Debit card and live on the mentality that if you cannot buy something on what you have in your account, you should not buy it at all. Moreover, when you’re in your early-20s, nothing can really justify your carrying a Credit Card. So, stay away from it!

Credit card debt is one of the most traumatising things among millennials today and by not owning a credit card you can save yourself from the constant haggling of “to-buy-or-not-to-buy”.

If you want to know about more such things that can aid your savings, you can go here.

So after being done with Saving, we now need to understand a few of the basic things regarding investing.

Inflation is the rate at which prices increase. In effect, it’s like a hidden tax, decreasing the value of your money when left idle. For your money to not suffer a loss in its worth, it needs to be invested, so that it continues to work for you, growing and generating returns in the process.

Taking risk has a reward side as well as its flip side. As per the reward side, there’s a direct correlation between risk and return – higher the risk, greater the returns. For example, there’s a certain amount of risk involved with investing in mutual funds / stock markets. But on its flip side, if you keep that money lying in your bank account, so as to not invite risk, you’ll get far lower returns.

While there’s every possibility that your investments can go down, it all comes down to how strongly you can hold on to it, even if the market is performing like a pendulum.

Don’t think that because you’re in your early-20s, it’s too early for you to take risks. Taking risk is a matter of mentality and not age.

You cannot go about investing in “the way you see fit” manner. There has to be a plan for you to follow, to stick to, which should ultimately be linked to your aspirations – your goals. And this is all the more important when you begin investing in your early-20s. The thing with stock markets is that they very easily influence our emotions, if you’re constantly watching the market movements.

It’ll compel you to act on every market movement, which is something you shouldn’t do. Hence, having a plan will be your direction to tread on, giving you a chance to also evaluate it at the end. And this evaluation can then help you make changes accordingly, so as to give definite shape to your financial plans and achieve them easily.

In his legendary book – Thinking Fast & Slow, Daniel Kahnemann, through a series of studies, showed that the so-called skill of picking the right / best stocks is nothing but sheer luck and a game of chance. (You can read more about it here) Photo by Chris Liverani on Unsplash

Hence, do not depend on any predictions or look for the best time to invest during your early-20s. This is exactly what keeps you from starting in the first place.

As an investor, what will make the difference is “your time in the market” rather than your “timing the market”.

Now, after you’ve understood the nuances of investing in your early-20s, it’s time for you to finally start investing. Following are the few pointers that can help you get started.

Remember, as a 20 something investor, you need to first take a stock of your savings, and only then think about investing. You don’t need to start from a big amount, but you need to be consistent at it.