Did You Know That Election Years Are Very Fruitful For Making Investments? 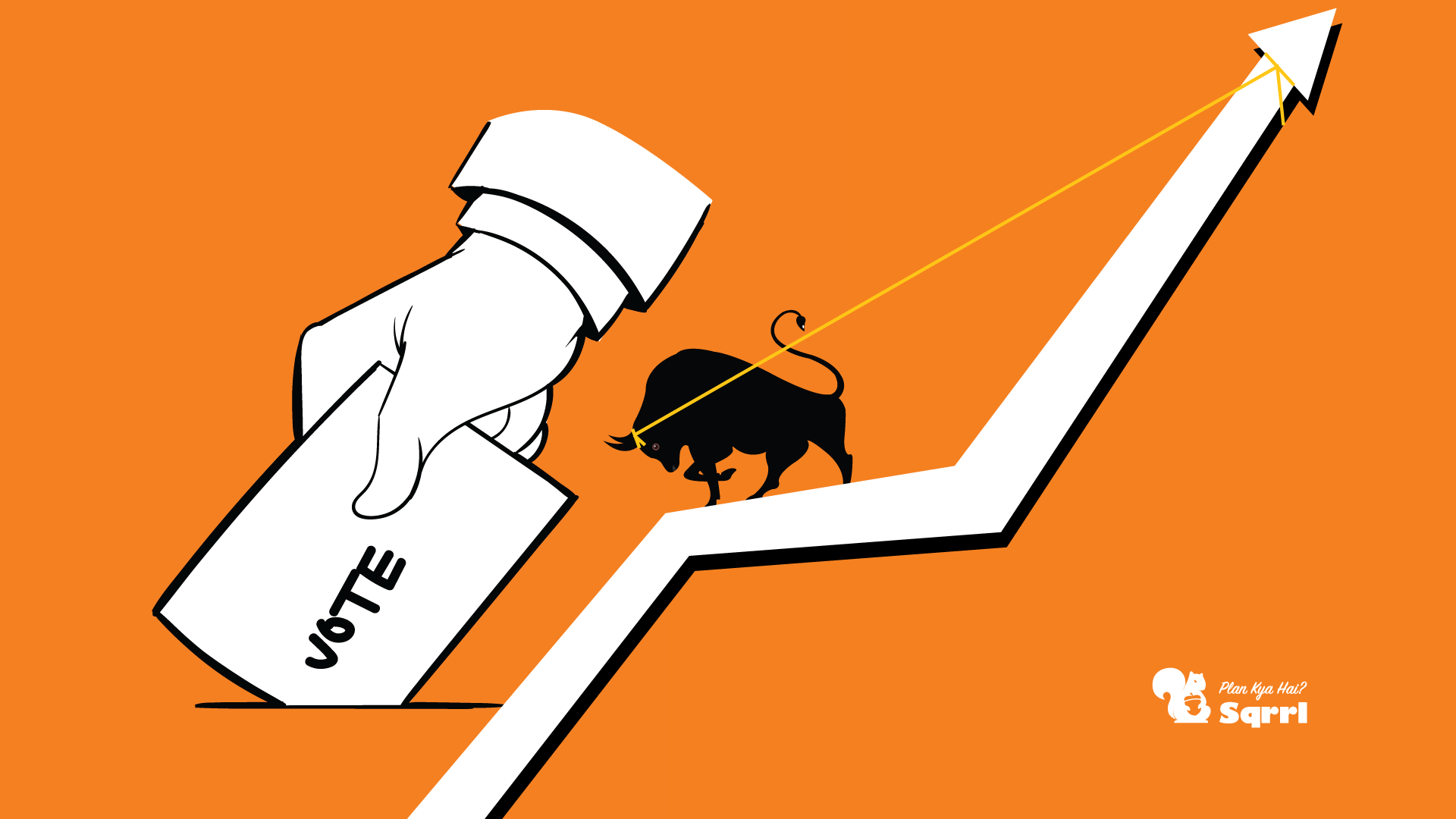 2018 brought a lot of negative sentiments to the stock market. As a result, it earned a unique distinction – it became only the 2nd year in history when Nifty 50 saw seven out of its 12 months ending in red i.e., giving negative returns. 2011 is still the leader in this category when 9 of its 12 months gave negative returns. In fact, 2011, at that time, also held the distinction for having maximum number of months registering a loss. Something which has again been matched by 2018 only.

Majority of the small cap and mid cap funds bled, with some large cap funds also following suit. While this did present a field day for making additions to the portfolio, given the fact that it was just the second of its kind after 2011, a lot of investors were still wary of being opportunists.

It’s 2019 now and we also have the General Election in the offing. Few questions that have engulfed investors in the new year is that how would election affect the stock markets? Will there be an uptick after the dismal 2018? And most importantly, is it the right time to invest? To tell you, yes. It’s indeed the right time to invest.

That’s what the data says if we go by the performance history of the stock market during the elections years. If we look at the past performance of the previous 7 general election years, markets rose in 5 of them.

As can be seen in the below table, the election years of 1996 and 1998 were the only two when the effective percentage returns were negative. And even that was post-election. Apart from that, the elections of 2009 saw the best returns and even though the jump was nominal prior to the elections, post-election, the index saw a jump of a whopping 86%. So going by this logic, it’s safe to assume that now it is a good time to invest and be optimistic about reaping great returns post-election.

We also observed that during the last three election years the best investment strategy for an investor, during these times specifically, is the Systematic Investment Plan (SIP) and Systematic Withdrawal Plan (SWP). But that was not the best inference.

The most interesting conclusion of the lot is that in the first two and half years post elections, the equity market remains extraordinarily bullish, meaning that after every elections the markets have always created wealth for the investors. (The only time this did not happen was in 1999)

What investors need to keep in mind, when investing during these times, is that the near term returns either side of the election might not be high but they could make huge gains in the subsequent bull market, which in this case is expected to be around 2019 – 2023. Something similar happened during the 2009 election as well, when investors saw great returns in 2014 – 2017. And this is even when the market during this time can only be said to be flat.

Something to cheer about, for the investors, is the correction of crude oil prices, which is a big stress reliever for current account deficit. Add to this the dwindling pressure on rupee and the signs look positive. Other things that have contributed to this positive outlook, inspite of the volatility surrounding the upcoming elections, is that no matter who wins the election and forms the government, the basic growth drivers of the economy will be common on every party’s agenda. Sectors such as infrastructure, automobile, capital goods, cement, FMCG are going to be the key focus of any government.

Few other things worth looking at, from a macro standpoint are,

Hence, in the light of all the above pointers, we’d say, the upcoming election will likely offer an opportunity to make wealth for the investors as opposed to a threat.